BUT, not in the usual self defense way.

A random guy sitting in the passenger’s seat of the car next to me, decided to try to provoke me.  When he was unsuccessful, he pulled a gun and immediately fired.

The bullet struck me in the cheekbone and drove its way into my skull, missing my carotid artery by less than a centimeter.

The impact was so great that it knocked me into my passenger seat, breaking my seatbelt retractor!

I laid there for a brief second, blinded by the concussion and blood of the blow. The ring in my ears was deafening.  I didn’t know what my assailant’s next move was.  I didn’t know if he was coming over to finish me off or if I had bullets whizzing by my head.

Not waiting for my senses to return, I hit the gas and drove about 2 blocks honking my horn.

I finally clipped another car and figured that I had someone’s attention.

When I got out of my car, the guy (whose car I had struck) was already on the phone with the police.

I started to lean on his car, but after watching the mass amount of blood pouring out of my head, decided that it was kind of rude to bleed all over this guy’s car.

I kneeled down in the road, going over phone numbers and math problems and Jiu-Jitsu techniques in my mind.  I figured I was either going to have brain damage or I was going to die.  My mind was working alright. So, I hoped I was wrong about the dying part.

When the ambulance got there they stripped me down on the freezing road and rushed me to the emergency room.  I ended up getting 2 steel plates in my head to reconstruct my cheekbone.  They were not able to get the bullet out.

The incident left me blind in my left eye, with some ear problems that do affect my balance and hearing.   I’ve had a series of surgeries on my eye over a period of time.

I have 2 steel plates to reconstruct my cheekbone (no, they don’t go off in the airport detector).

I only spent 3 days in the hospital, before they let me go home.  Once I got there, we covered the bedroom windows with dark blackest and I slept for a few days.  It was like being in a cave.

My girlfriend (wife now) AJ was fortunate enough to have a great job that gave her paid time off to stay with me and take me back and forth to my doctor visits, 2-3 times a week.   In the beginning most of the left side of my face was swollen and numb.  At some point the muscles on that side of my face contracted, locking my jaw nearly shut.  I was living on protein shakes and baby food.

Between my physical restricting (no lifting anything over 10lbs. no straining) and the not being able to eat, I lost about 25lbs.  I got down to 150lbs of weak, atrophied muscle.

I was fortunate enough to have a strong support system in my girlfriend, friends and family.  It was an obvious mental struggle going from a very active athletic individual to a disabled, weakling who needed assistance in everything.  I truly believe that a huge part of why I was able to cope with it all was the lessons I had learned through Jiu-Jitsu.  The ability to deal with both physical and mental pressure almost directly translated into what was happening to me, with this shooting. 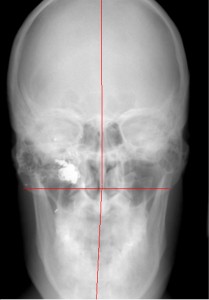 Fortunately, I was able to take the things that influenced my life and helped me overcome adversity and use those same things to help others.
Without the Martial Arts, I really don’t know where I would be in life.
I’m very proud to operate the Indiana Brazilian Jiu-Jitsu Academy, to help others achieve goals and learn the same lessons that I learned and continue to learn along my journey.
It is the longest running BJJ/MMA Academy in Central Indiana.

Because I was on my own, without an instructor directly over me for a great deal of my adventure to Black Belt, one of my main resources of information was video tapes.  I decided to share a lot of my knowledge through The Fight Hub.  It is a work in progress that will have FREE online training and product reviews, etc.  It is the only place on the web to get exclusive DVDs, like “The Peruvian Dozen 2.0” and “Mastering The Von Flue Choke”.

Competing was a large part of the path I traveled.  It gave me something to look forward to and a reason to pick up the training and set goals.  With the EXTREME GRAPPLING OPEN (EGO), we are able to give back, by running an extremely competitor friendly series of tournaments.  We usually run 4-6 a year across the Mid-West.

To me the Martial Arts are so much more than a way to beat people up or a fun hobby.  It truly saved my life.
I’m James Clingerman and I just thought I’d share how Brazilian Jiu-Jitsu saved my life!