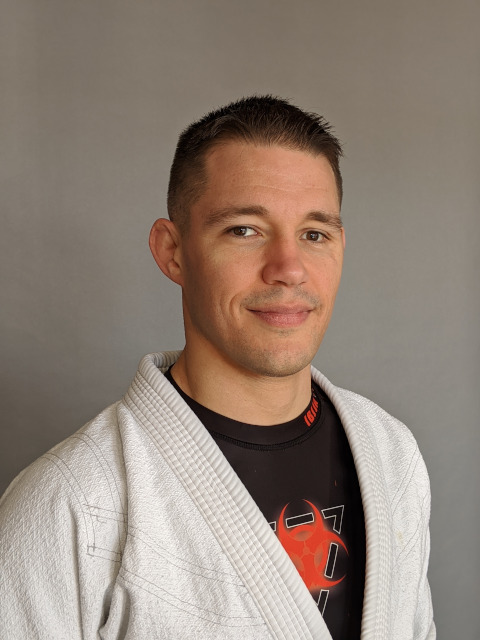 James got his start in Martial arts at the age of 13, when he began studying Karate. Not being satisfied with the effectiveness of the art, he ventured out and began studying many forms including Japanese JuJutsu, Judo, Kickboxing and Jeet-Kune-Do.

After Experiencing Brazilian Jiu-Jitsu for the first time in 1997, James fell in love with the art and came to realize that due to it's effectiveness, it was the one most suitable for him. Since then, James has become a diligent student of Brazilian Jiu-Jitsu.

James has had well over 200 combined competitive matches in BJJ, Judo, Submission Grappling and Mixed Martial Arts (MMA). He is constantly adding to his already impressive list of tournament wins.

A believer in continued education, James is always learning and developing new techniques for his own personal use and to provide the most advanced and practical techniques to his students.

Mr. Clingerman is also considered one of the Midwest's top Authorities on Mixed Martial Arts. He is certified to perform all duties under the International Sport Combat Federation (ISCF) and is one of the most in-demand MMA referees in the Midwest. James has refereed events such as International Fight League (IFL), Legends of Fighting Championship (LFC), United Fight League (UFL), Cage Rage, Elite Cage Fighting (ECF), Colosseum Combat and many others.

James is the Author of many Instructional DVDs including; The BJJ Foundation (The World's Most Complete BJJ Fundamentals Curriculum), The Cyclone Submission Series, Mastering the Von Flue Choke, Peruvian Dozen 2.0, and countless others. 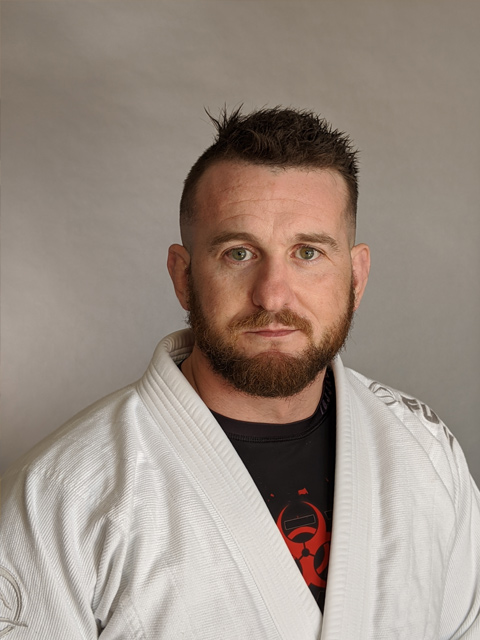 Chris McKarski began training in Martial Arts in 1990 when he was at a local Tae Kwon Do school. He continued to train in Tae Kwon Do until he was 13 when he was introduced to Muay Thai. He trained in Muay Thai off and on over the course of the next five years.

Upon graduating high school, Chris joined the Marine Corps and was shipped off to boot camp in November of 2002. While in the Marine Corps, Chris qualified for a wide variety of specialized training in armed and unarmed combatives that included, The Marine Corps Martial Arts Program, Military Operations in Urban Training, Cold Weather Survival, Land Navigation, and other specialized training. In late 2004, Chris was medically discharged under Honorable conditions and returned to Indiana. While in the Marine Corps, Chris had been introduced to the world of Brazilian Jiu Jitsu by a friend who trained with Jean Jaques Machado in Torrance, California. Chris attended a few classes at the Machado Academy before returning home to continue his education and Jiu Jitsu training.

Since returning to Indiana, Chris has earned a Bachelors degree in European History and is scheduled to attend Graduate school for Medieval Theology in the near future. While attending school he also pursued his passion for Brazilian Jiu Jitsu. After bouncing around from academy to academy, Chris found a home at the Indiana Brazilian Jiu Jitsu Academy under the tutelage of James Clingerman.

Chris has been training at the IBJJA since 2006 and is now a Black Belt under James. In May of 2009, Chris had his first MMA fight on the UFL "Lights Out" show. He won with a triangle choke in 1:29 of the 1st round. Chris plans on continuing to fight and compete in MMA and BJJ in the future while developing and furthering his skills in the two prospective sports. Chris is also a Gracie Regional Champion and EBI Veteran. 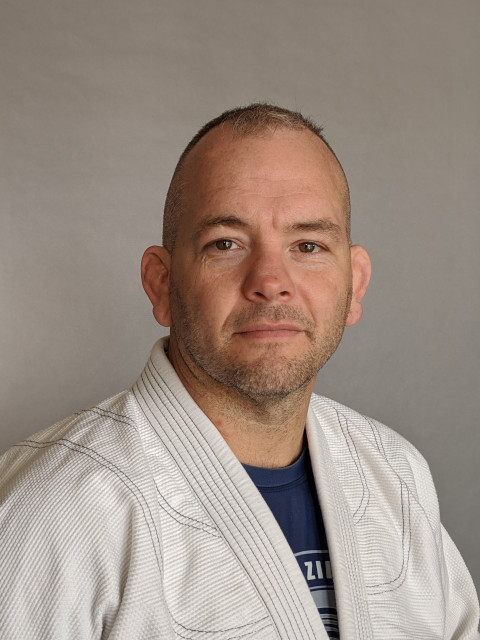 Darrell "Bulldog" Smith, like so many others, comes from a wrestling background. After 9 years experience in wrestling, Darrell joined the Army National Guard because they would make him "get up and run in the morning". Darrell began his MMA career in 2000 fighting in an event in Indiana. He has since fought all over the US, in many different events, including Bodog (Costa Rica), Hook'N'Shoot, AFC, Cage Rage, King of the Cage and many others.

"Bulldog", a name given to him by a fight promoter who couldn't remember his name, began training in Kickboxing in 2003. This is about the same time that he was introduced to the Indiana Brazilian Jiu Jitsu Academy and began training Jiu Jitsu and Mixed Martial Arts with James Clingerman.

In addition to teaching classes and training, AJ runs The Extreme Grappling Open, and the Roll Model Women’s Only Grappling Camp.